Please use the below chart to determine your family’s eligibility:

For BOOST, “annual household income” is what is written in Line 11 (Adjusted Gross Income) of your 2021 Form 1040 Tax Return. (Please note that in
some individual cases MSDE’s income assessment may come out differently than Line 11 on your tax return.)

Each applicant family MUST have already filed their 2021 taxes. In the rare situation that a family is not sure if they are required to file a tax return, please speak to a tax advisor or take the IRS online “tax interview”. If the family is not required to file a tax return, they must fill out the BOOST Alternate Income Verification Form, and follow the above income guidelines.

Two important notes on your tax return: 1. If your 1040 tax return pdf is password protected, you must have it saved in an unlocked format before uploading it to the BOOST application/portal.  2. The IRS does not require parsonage payments to be included in your “annual household income” when filing your taxes.

Apply for each child: On your BOOST application, you must apply for each of your K-12 aged children – which includes both new applicants and repeat applicants/previous recipients.

Proof of enrollment: Each school will provide their enrolled families with verification letters.

Special needs scholarships: If your child has any special education arrangement in school (whether it’s an IEP, ISP, 504, or other individualized plan), be sure to respond accordingly on the BOOST application to receive the additional scholarship funds.

Submit your application: When you are finished with the application, please make sure that you click the “submit” button. Failure to properly complete the application on time cannot be reversed.

BOOST application assistance: As in past years, our office helps families with their applications. Please click here for a step-by-step guide to walk you through the application process. You can also email BOOST@agudathisrael-md.org or call and leave a message at 410-484-3632 if you need addtional assistance.

Click here to go directly to the BOOST application page

About the BOOST Scholarship Program

Years of advocacy efforts in Annapolis to assist tuition weary day school families, yielded – beginning in 2016 – the BOOST Scholarship Program. Scholarships are available for families whose income is within 185% of the federal poverty level. BOOST scholarship awardees use the funds they receive to pay towards the tuition assessed by the participating nonpublic school of their choosing.

Beyond lobbying for the program’s creation, continuation, and funding, AIMD mobilizes the day school community, facilitates program guidelines, and provides families with individual assistance in order to ensure maximum community participation and benefit.

Now entering its fourth school year, the program has provided more than 3,500 scholarships with a value of more than $5 million in direct tuition benefits to families with children attending Jewish day schools. 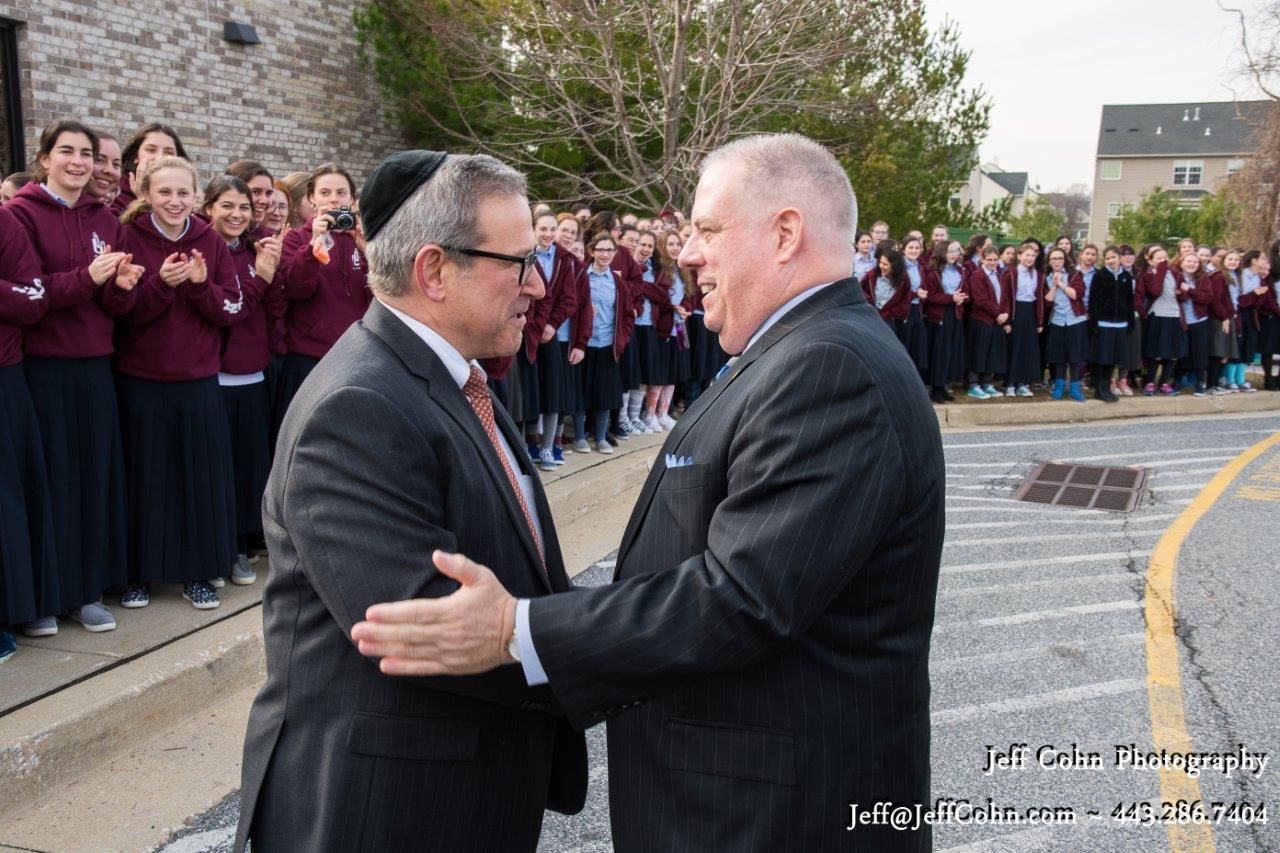 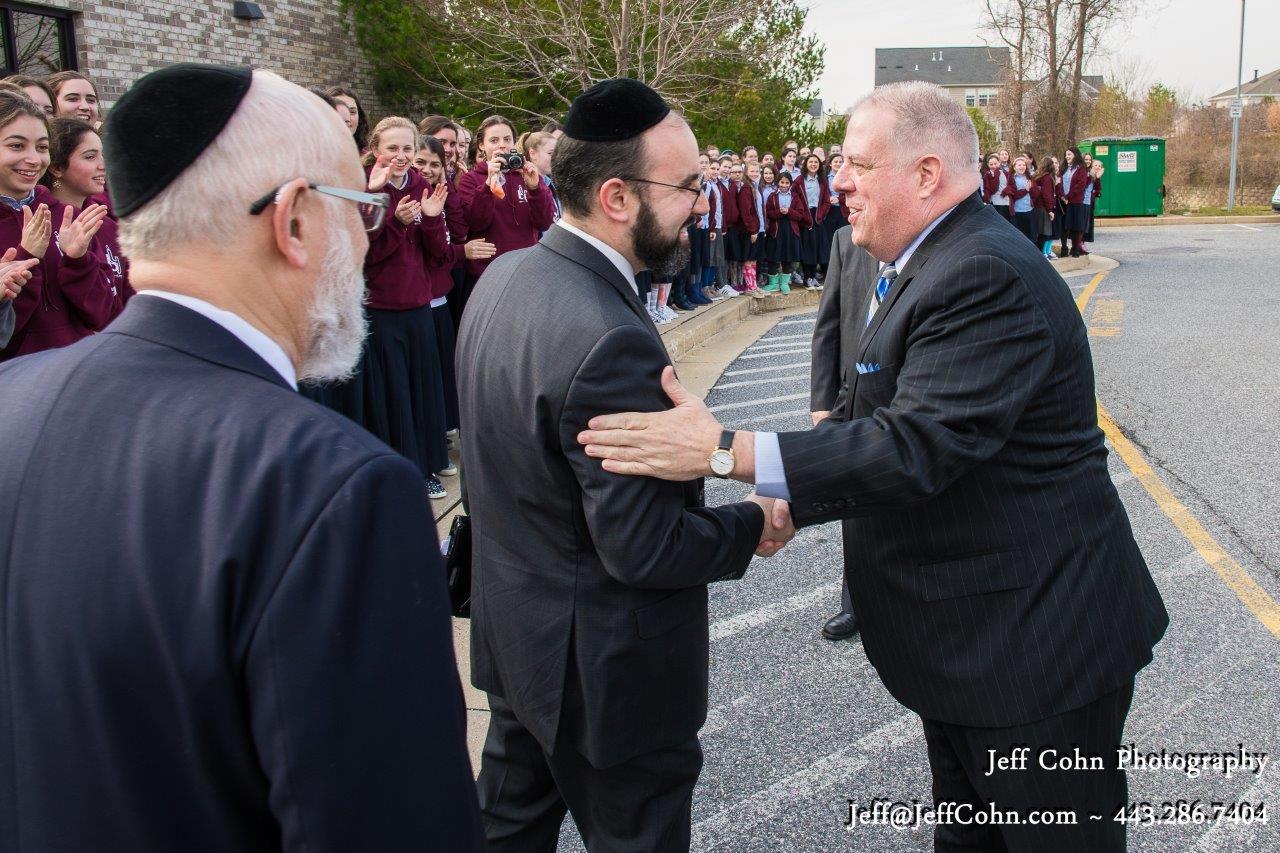 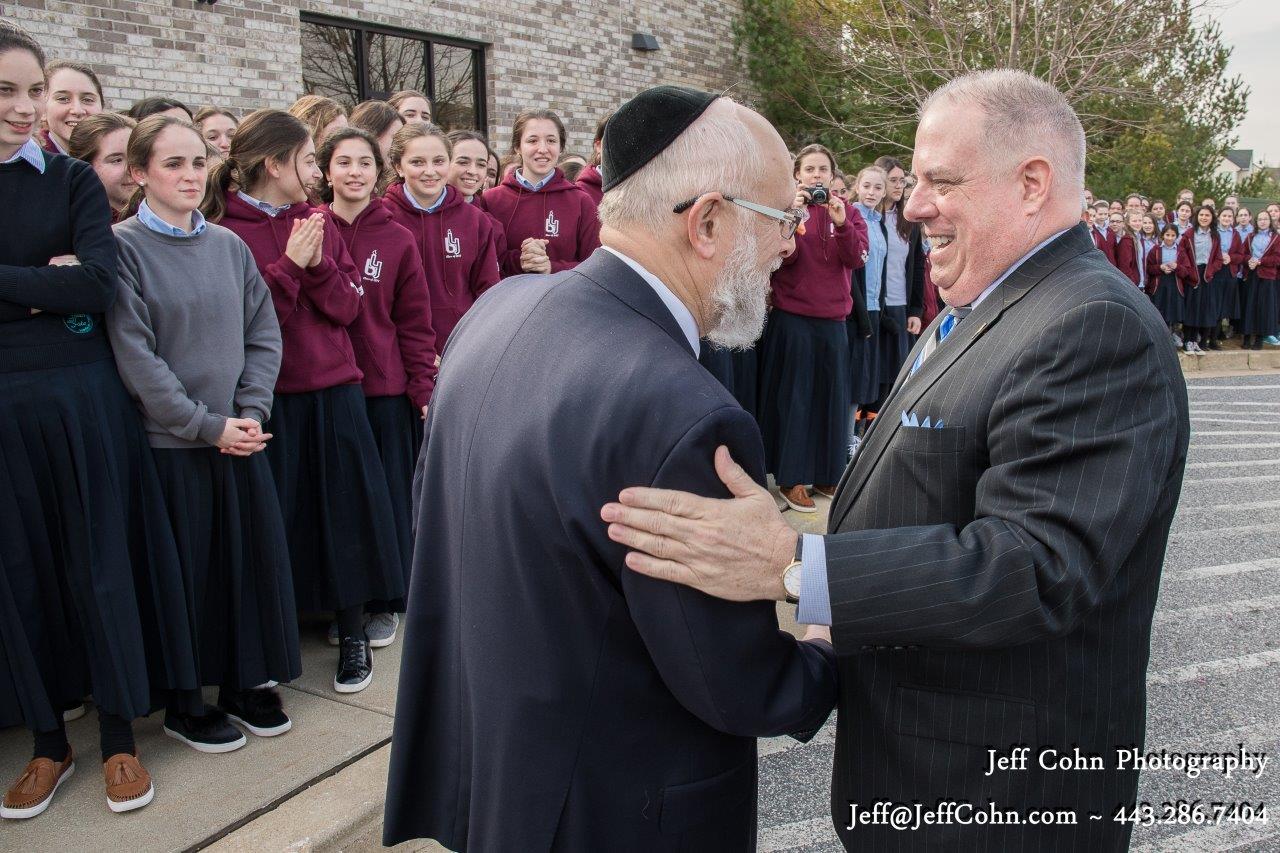 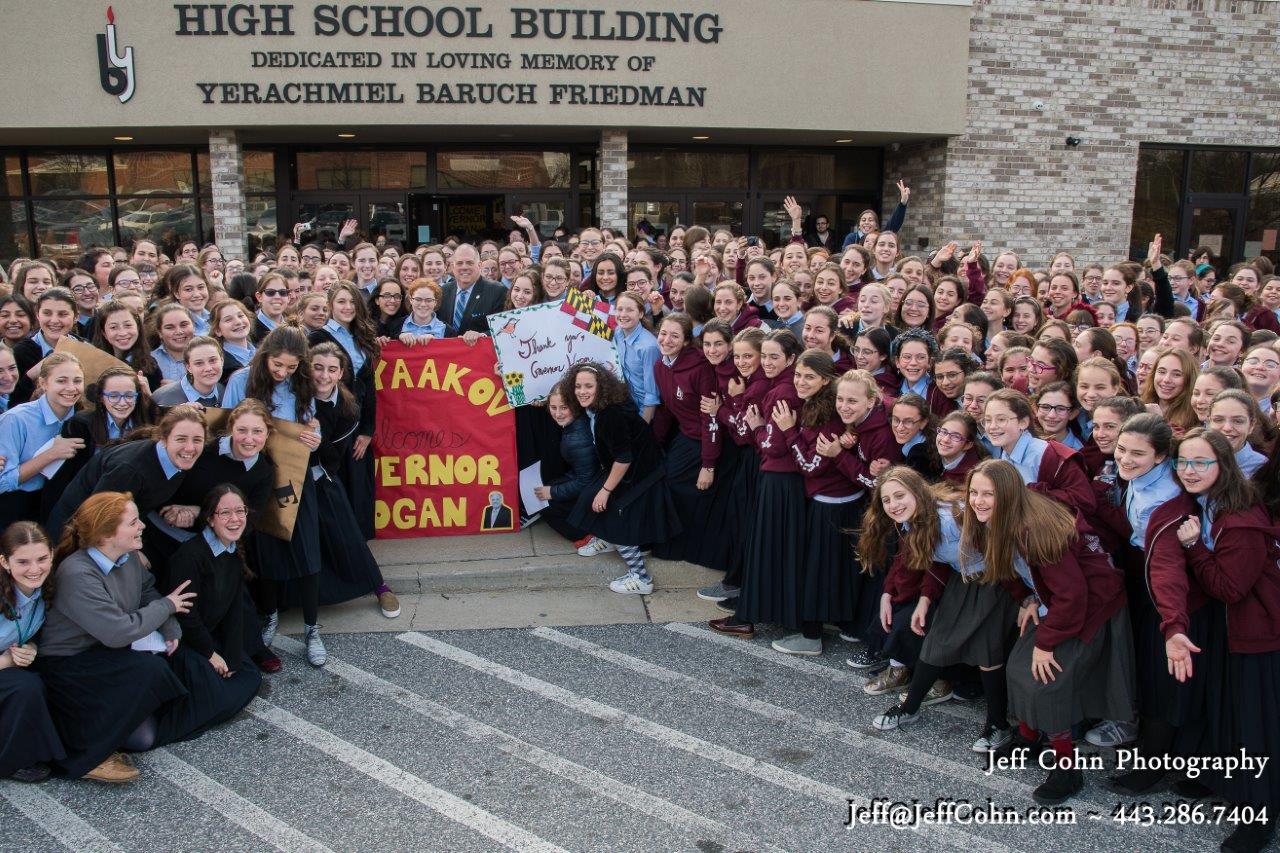 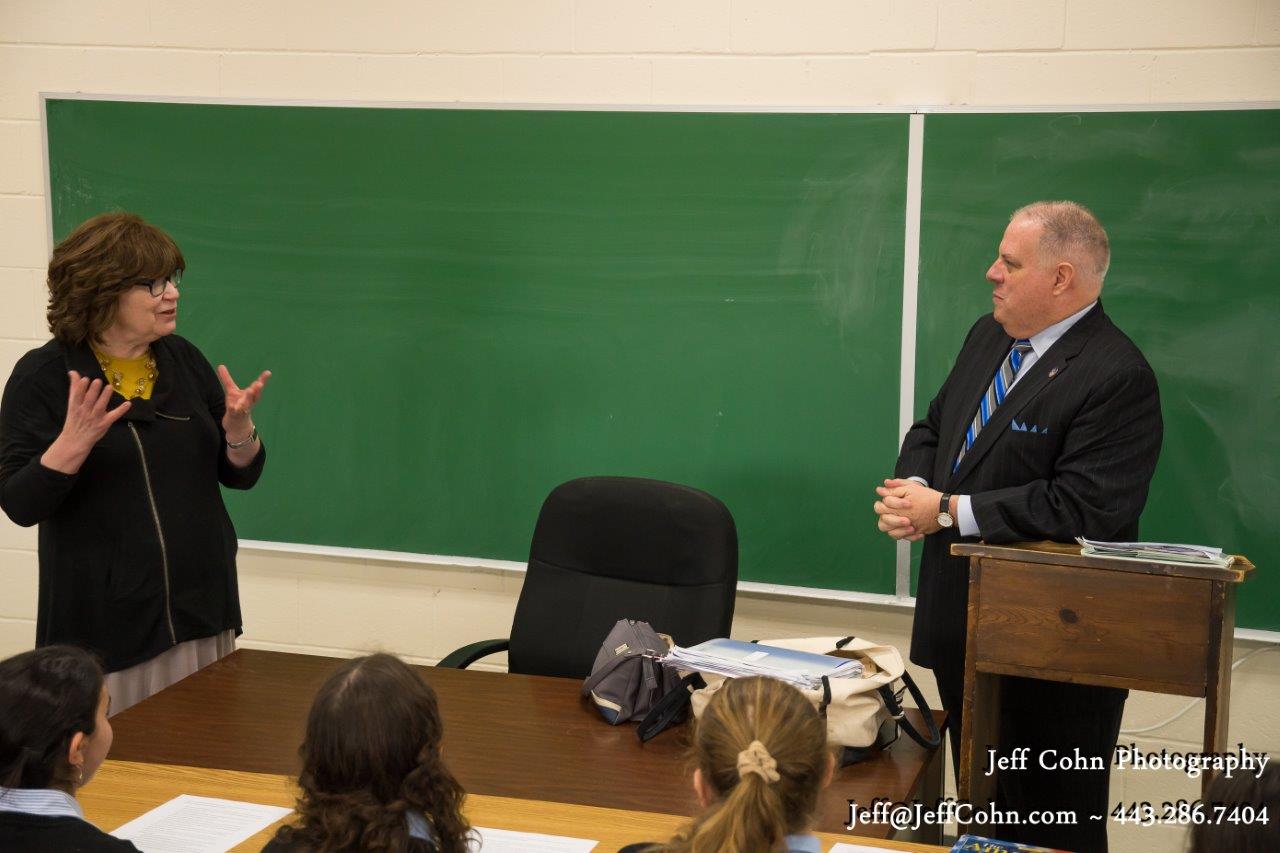 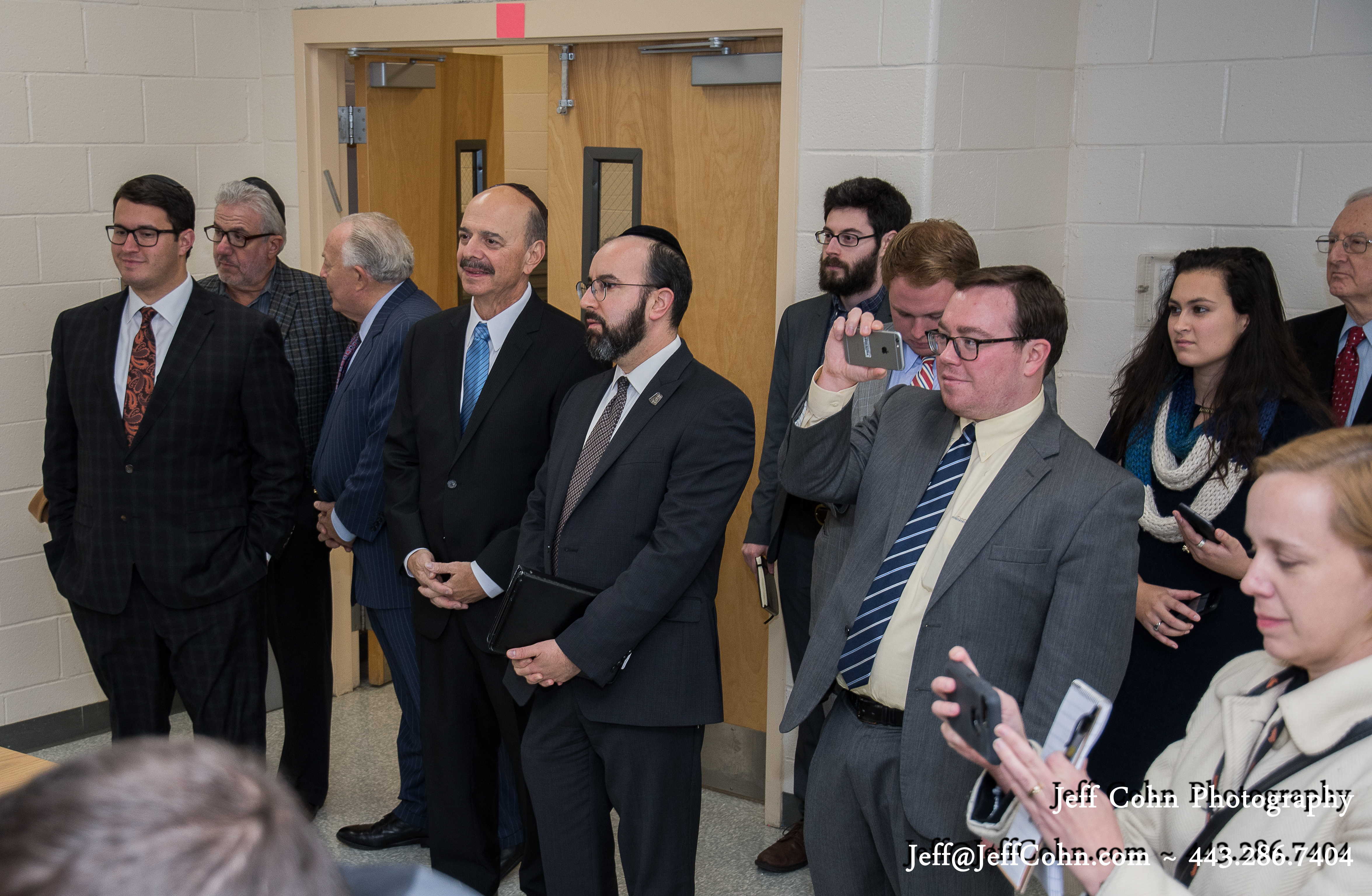 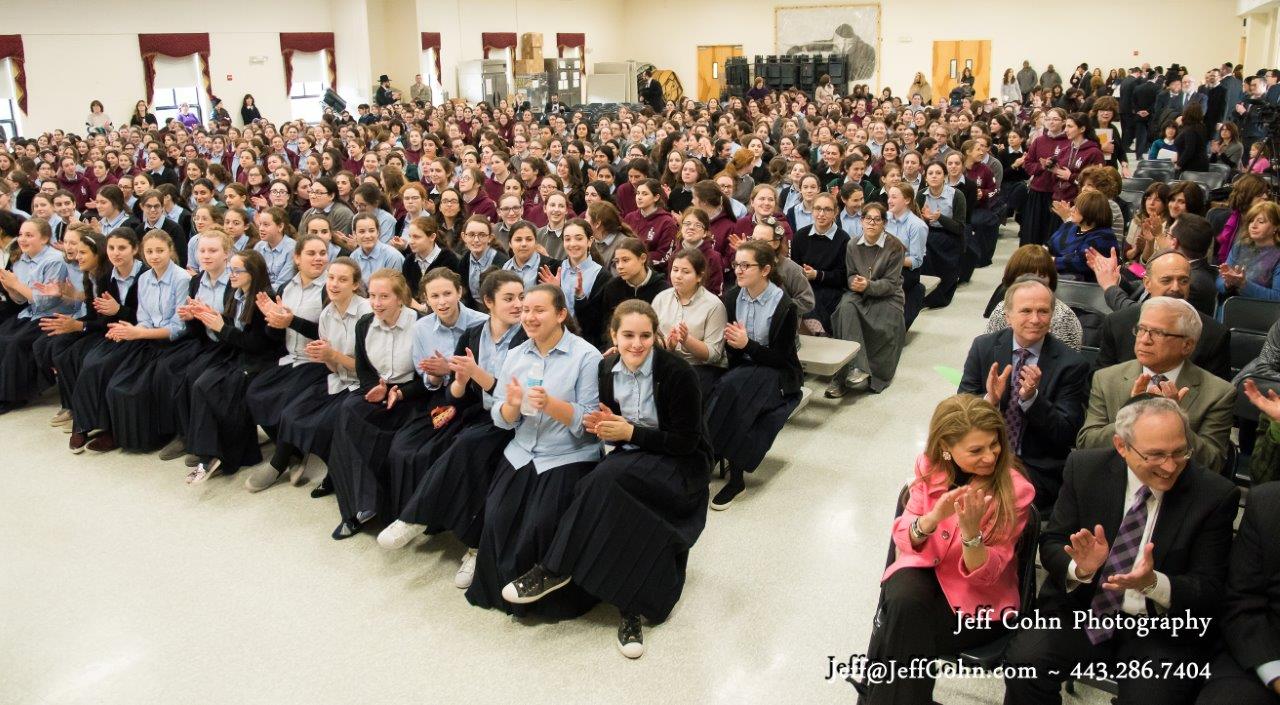 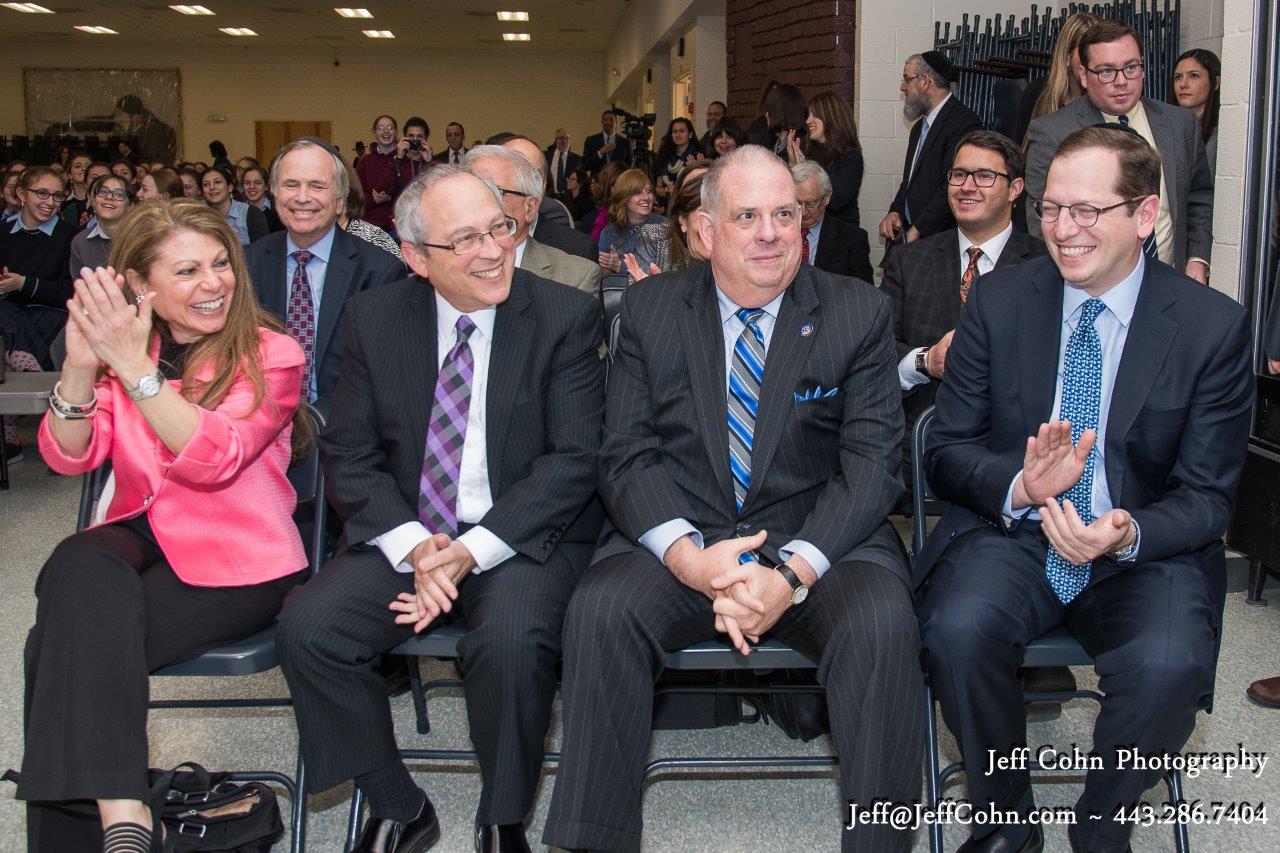 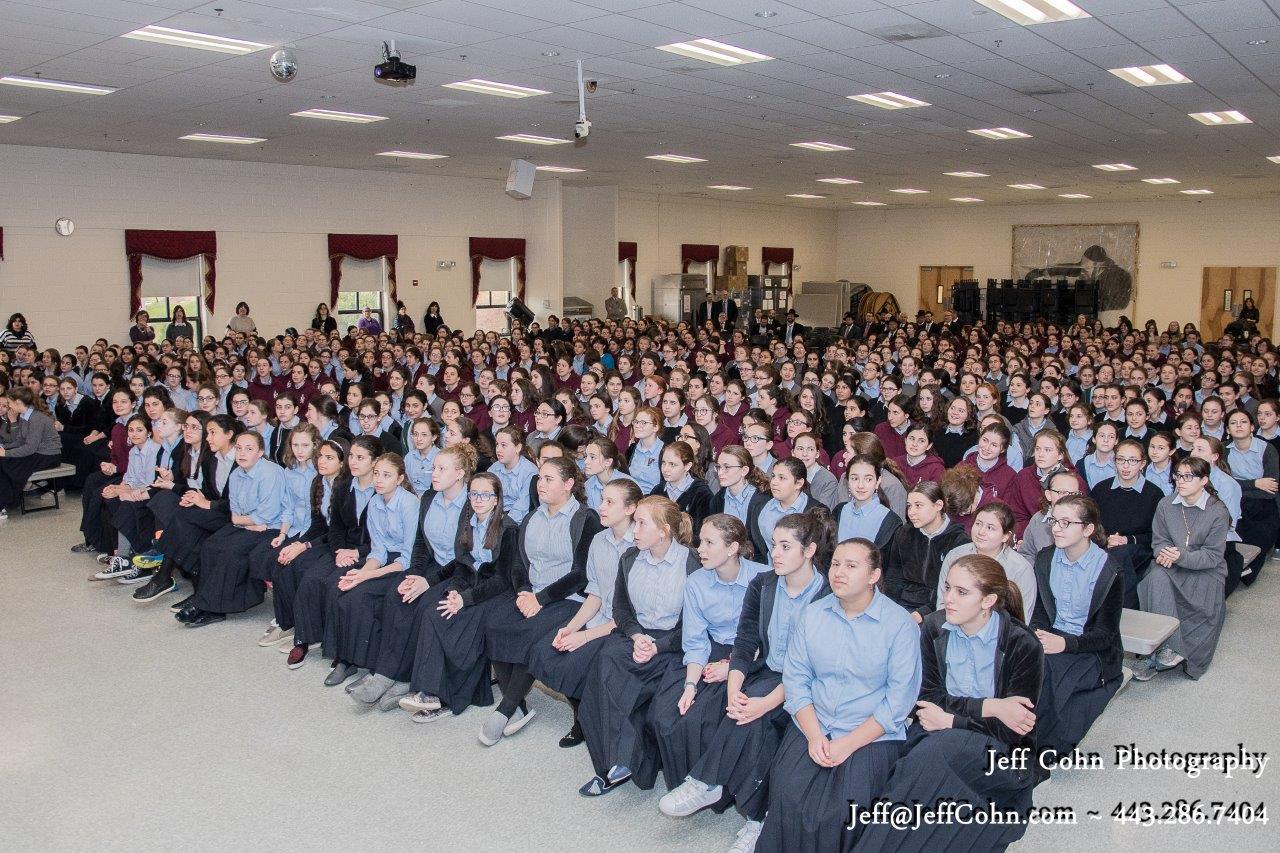 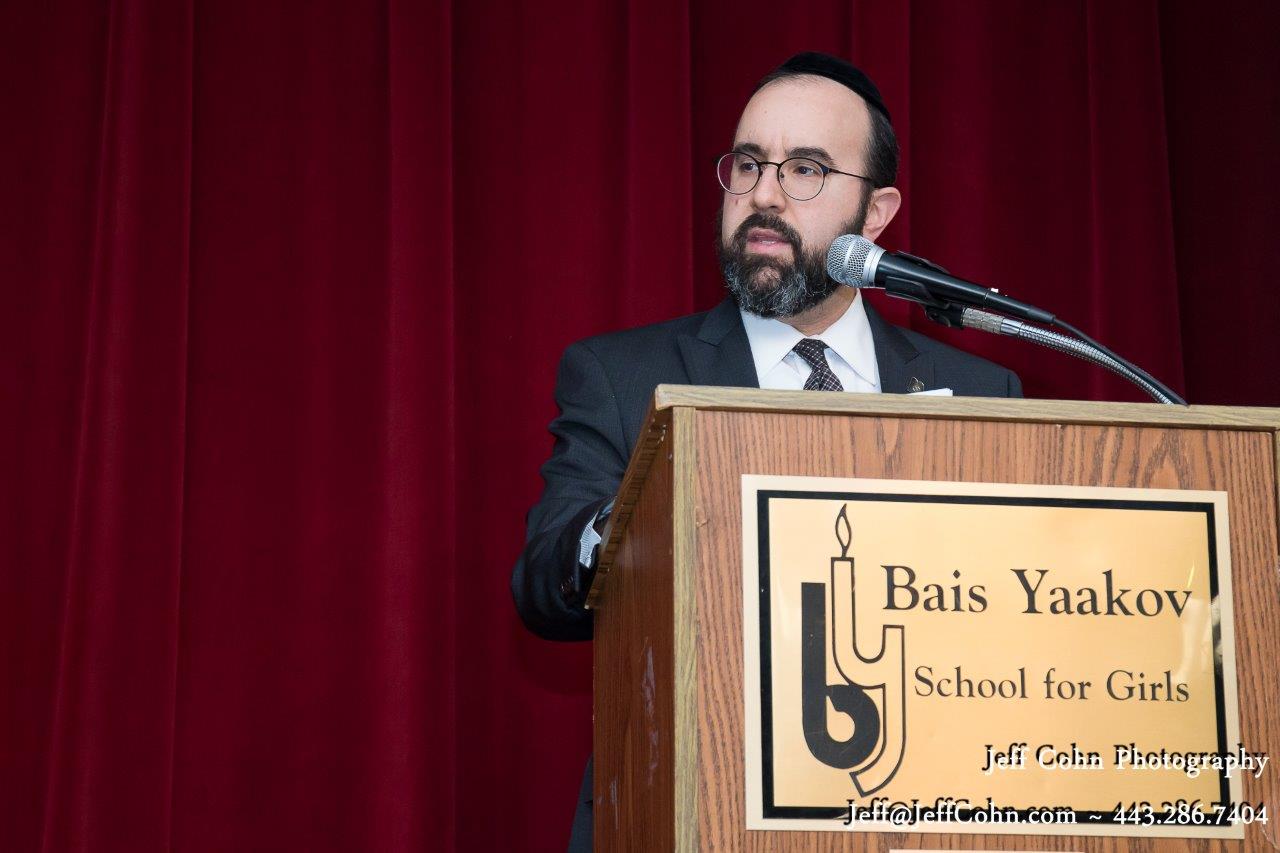 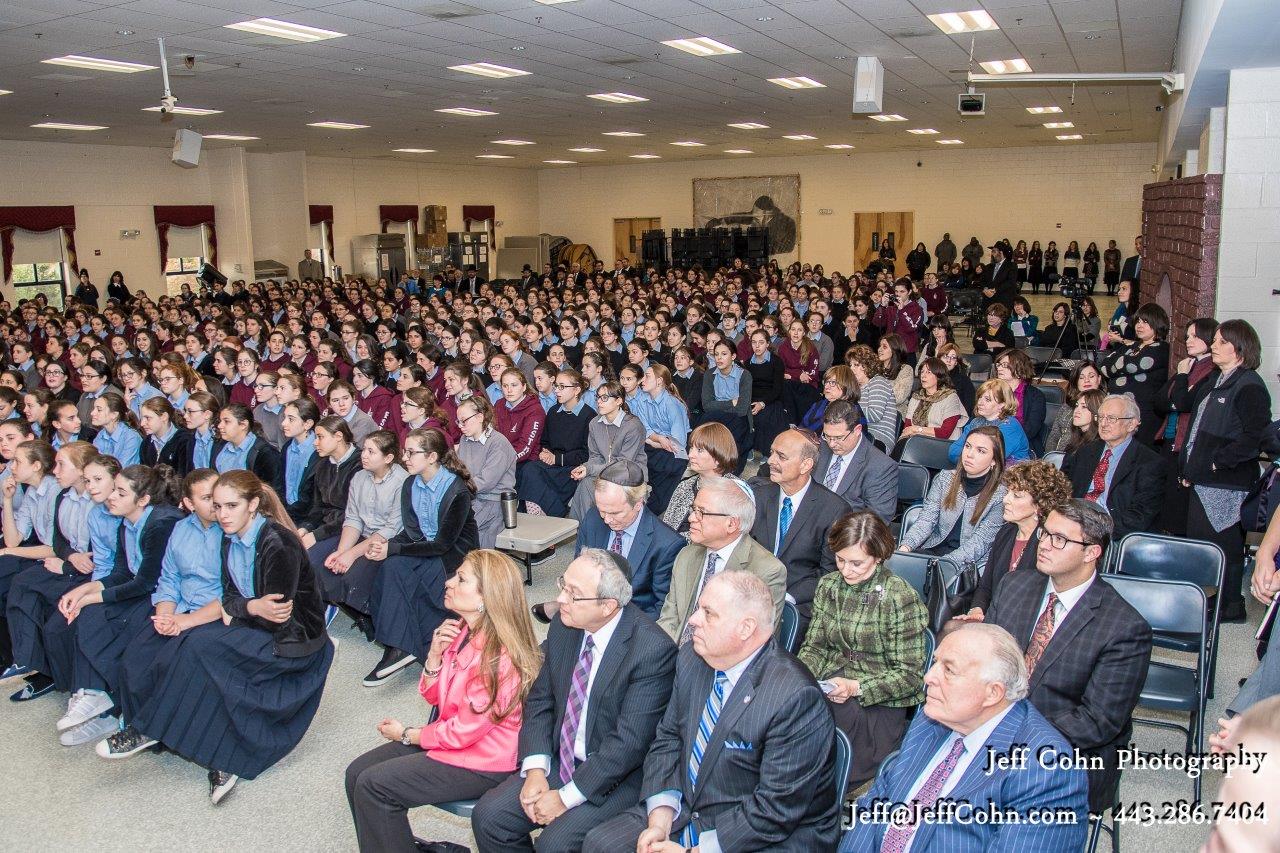 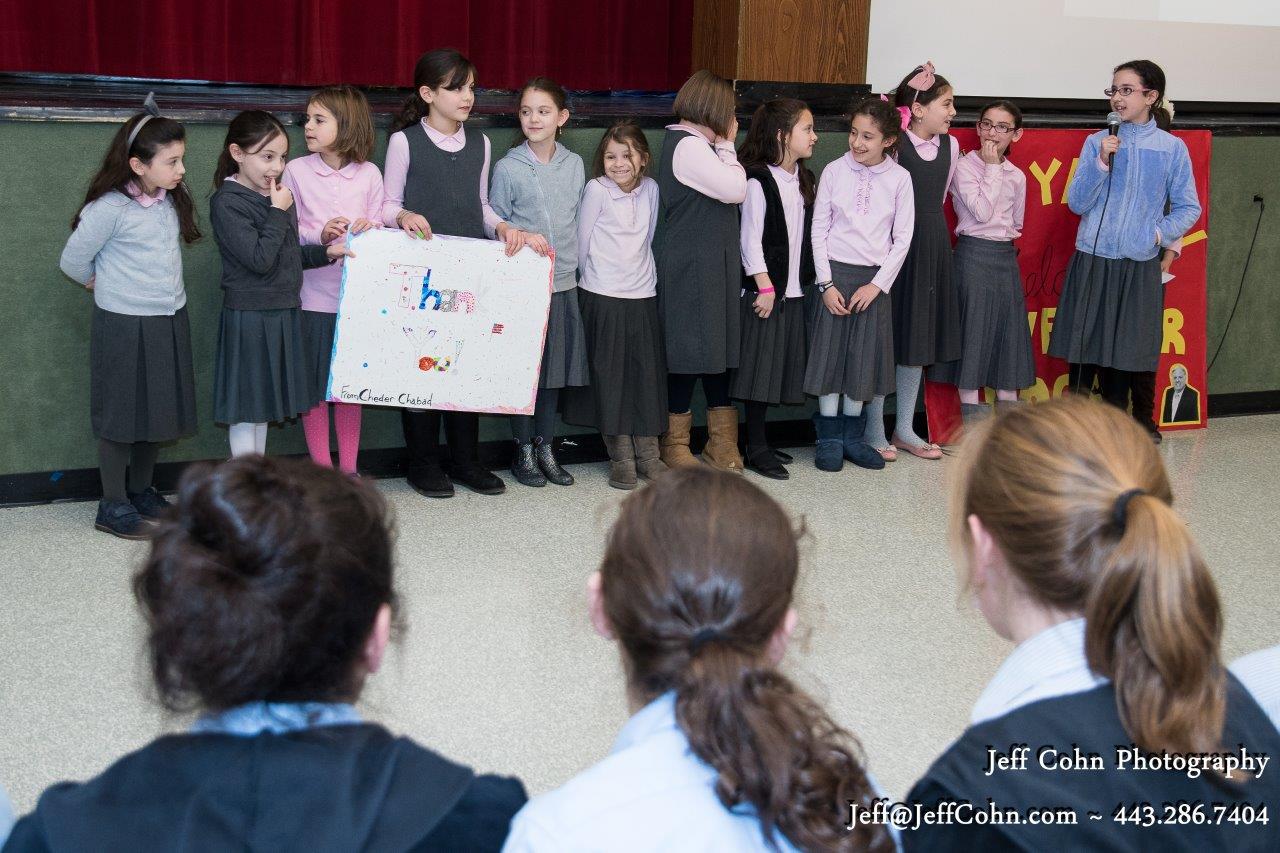 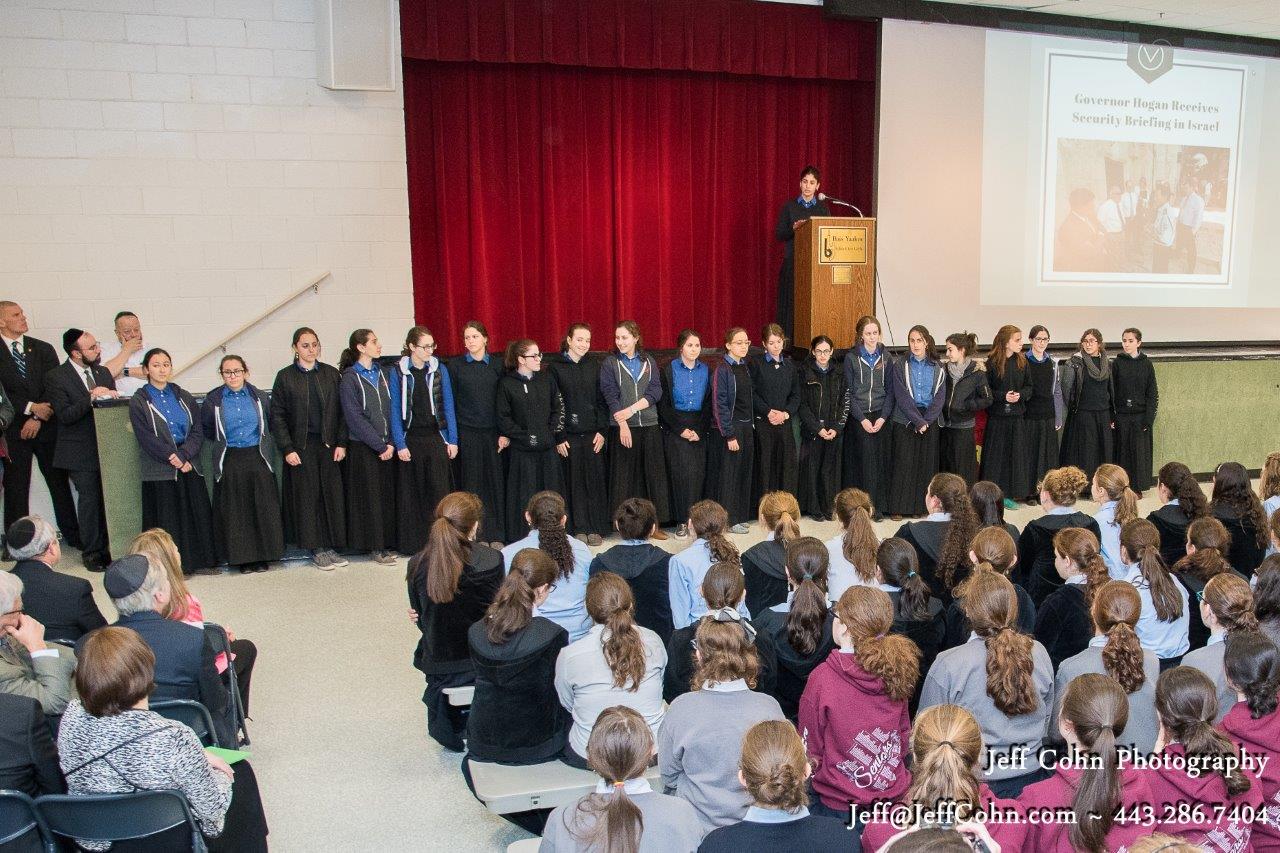 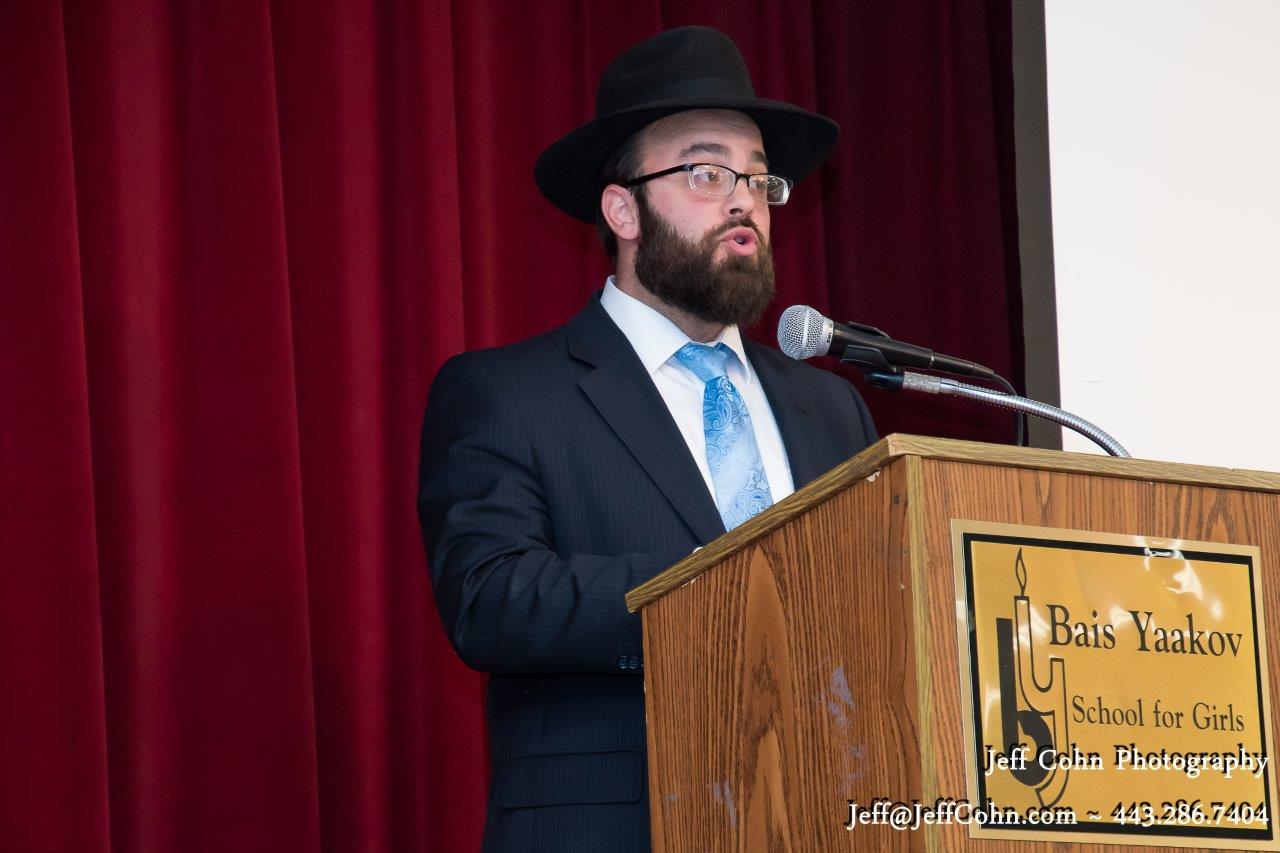 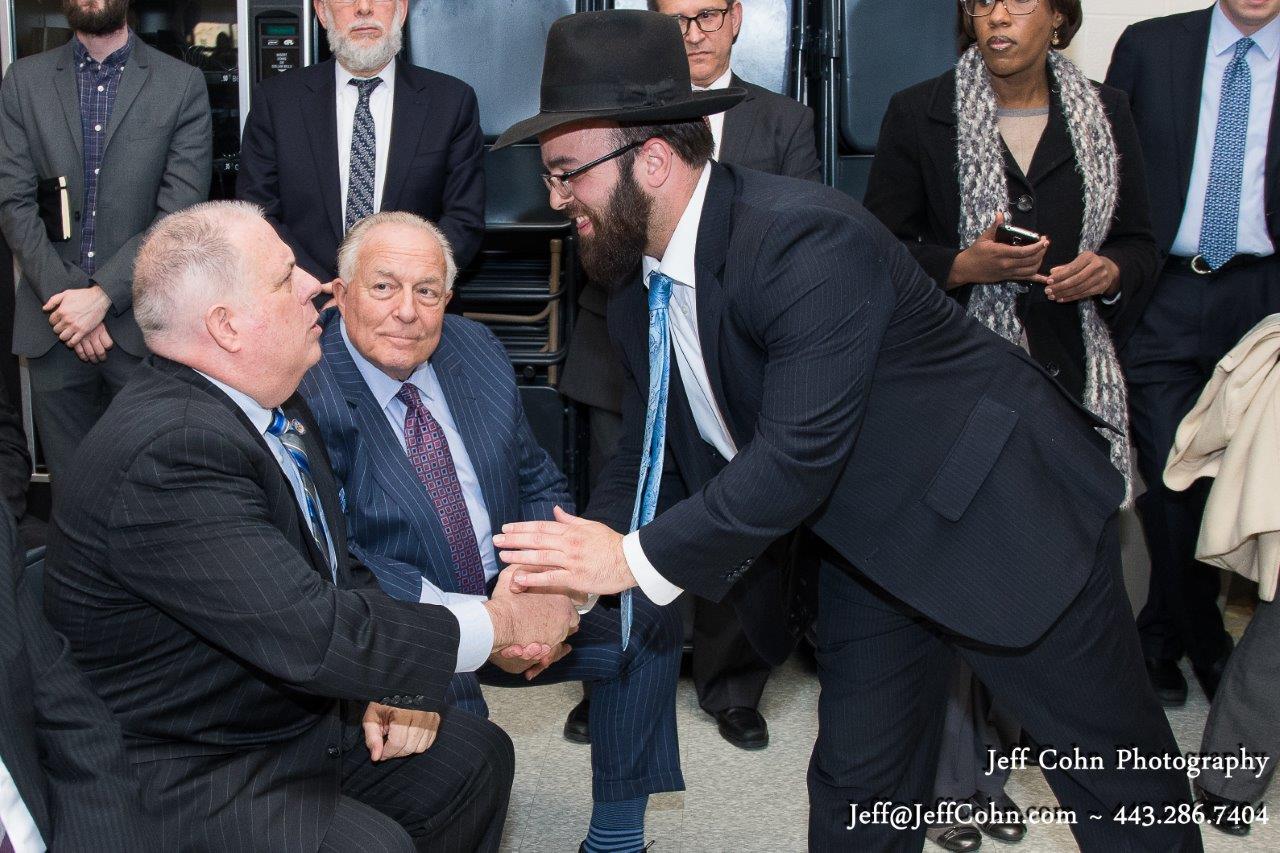 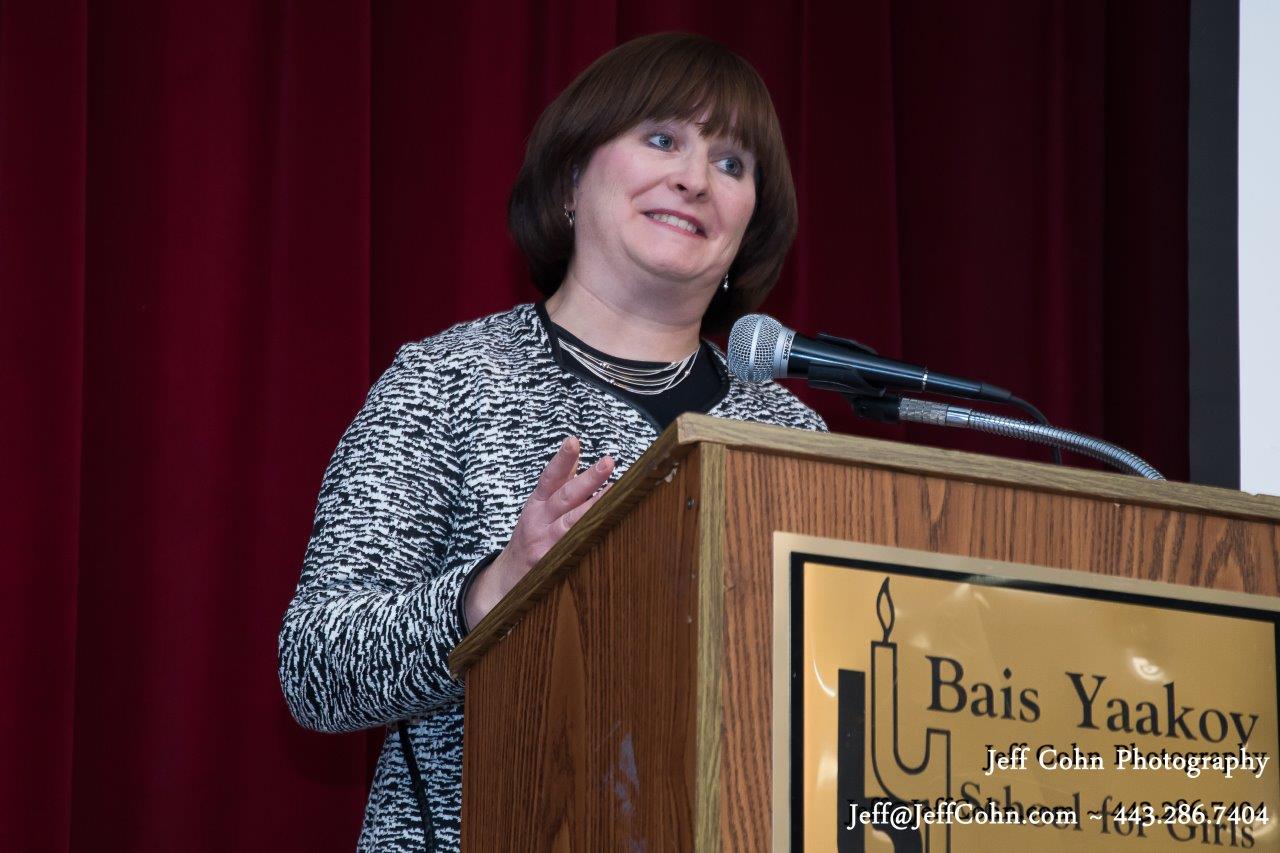 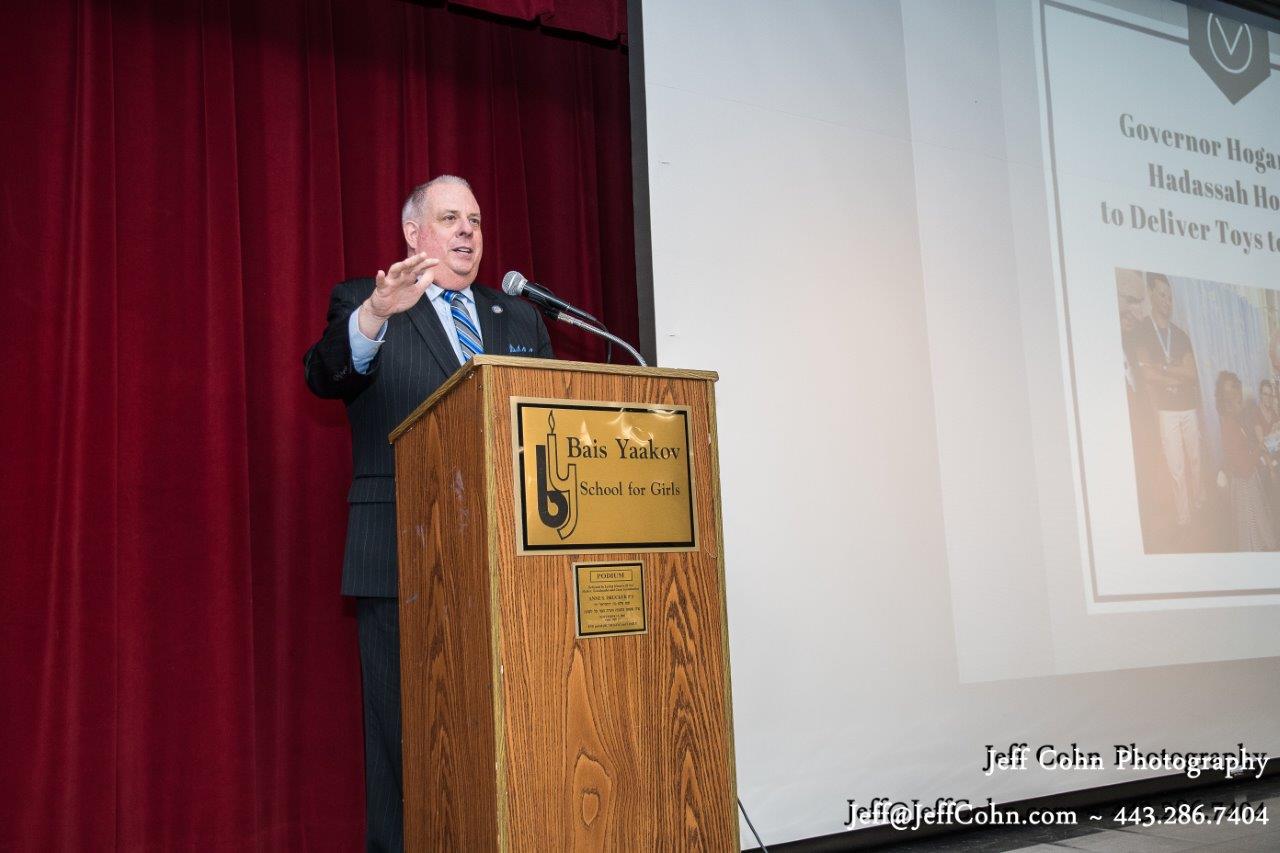 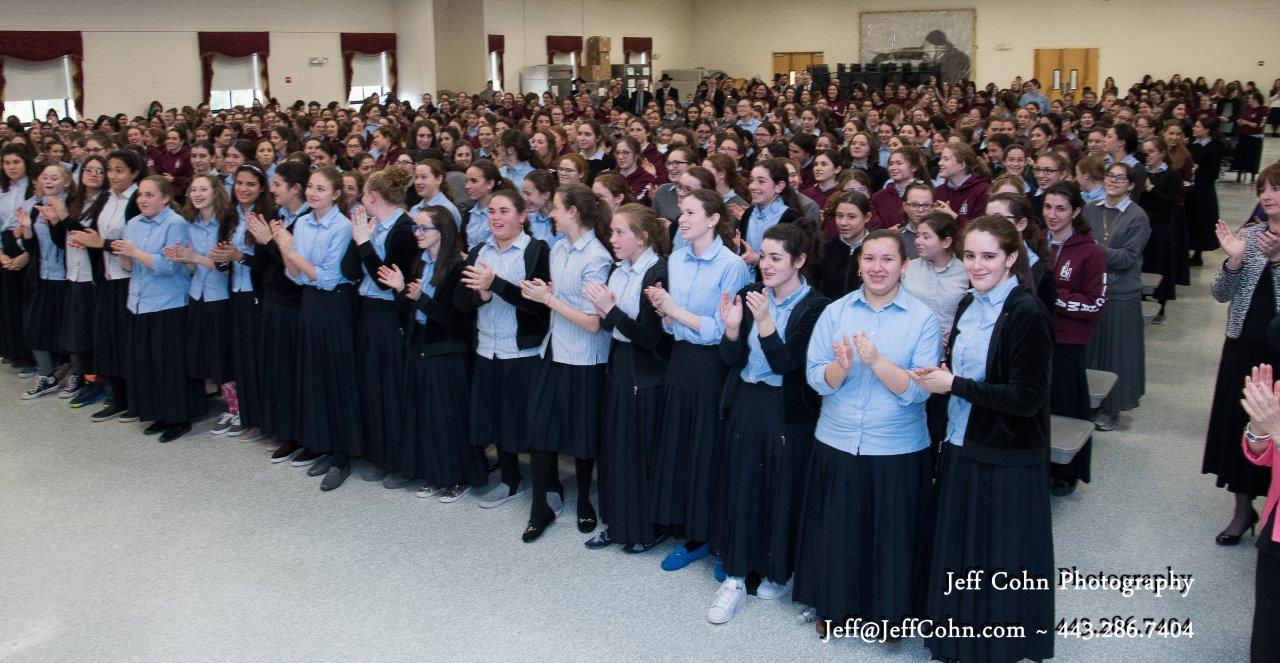 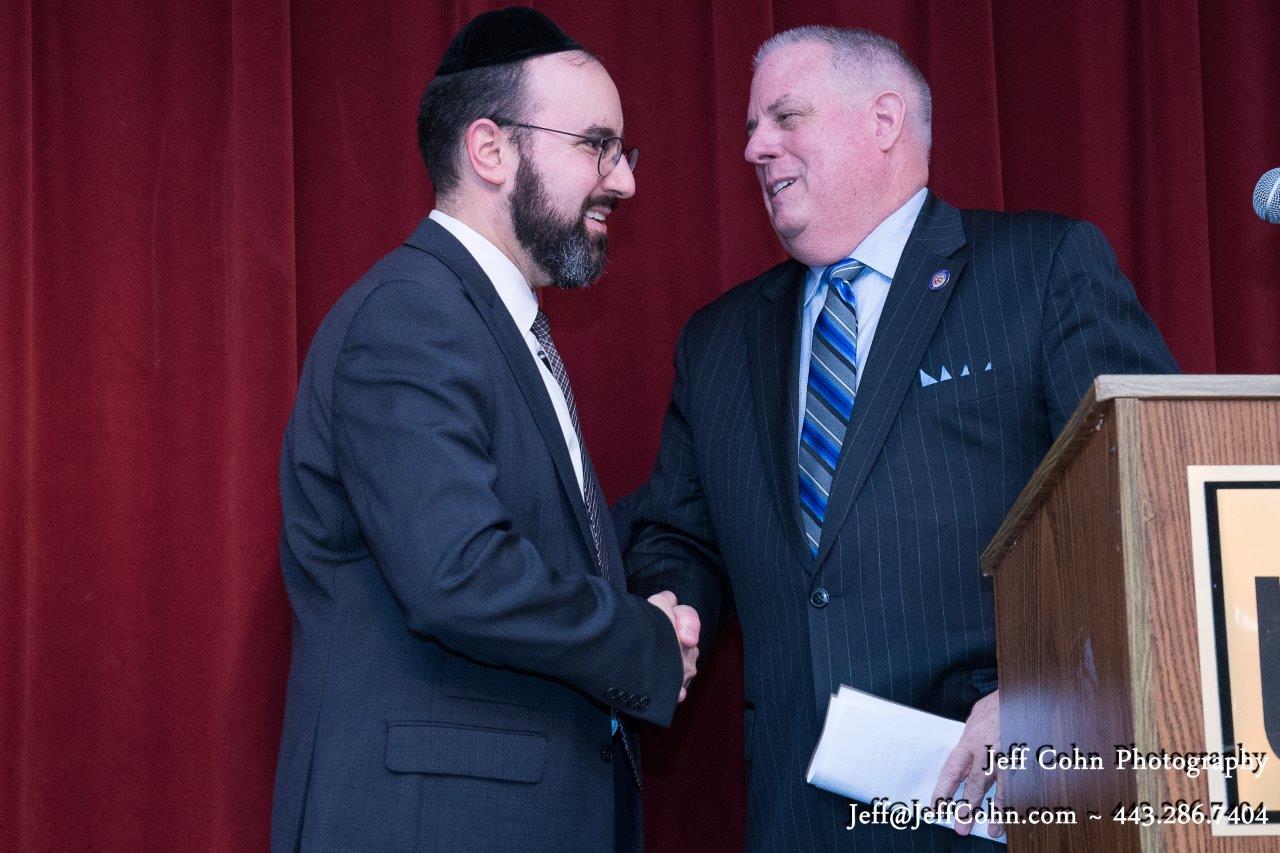 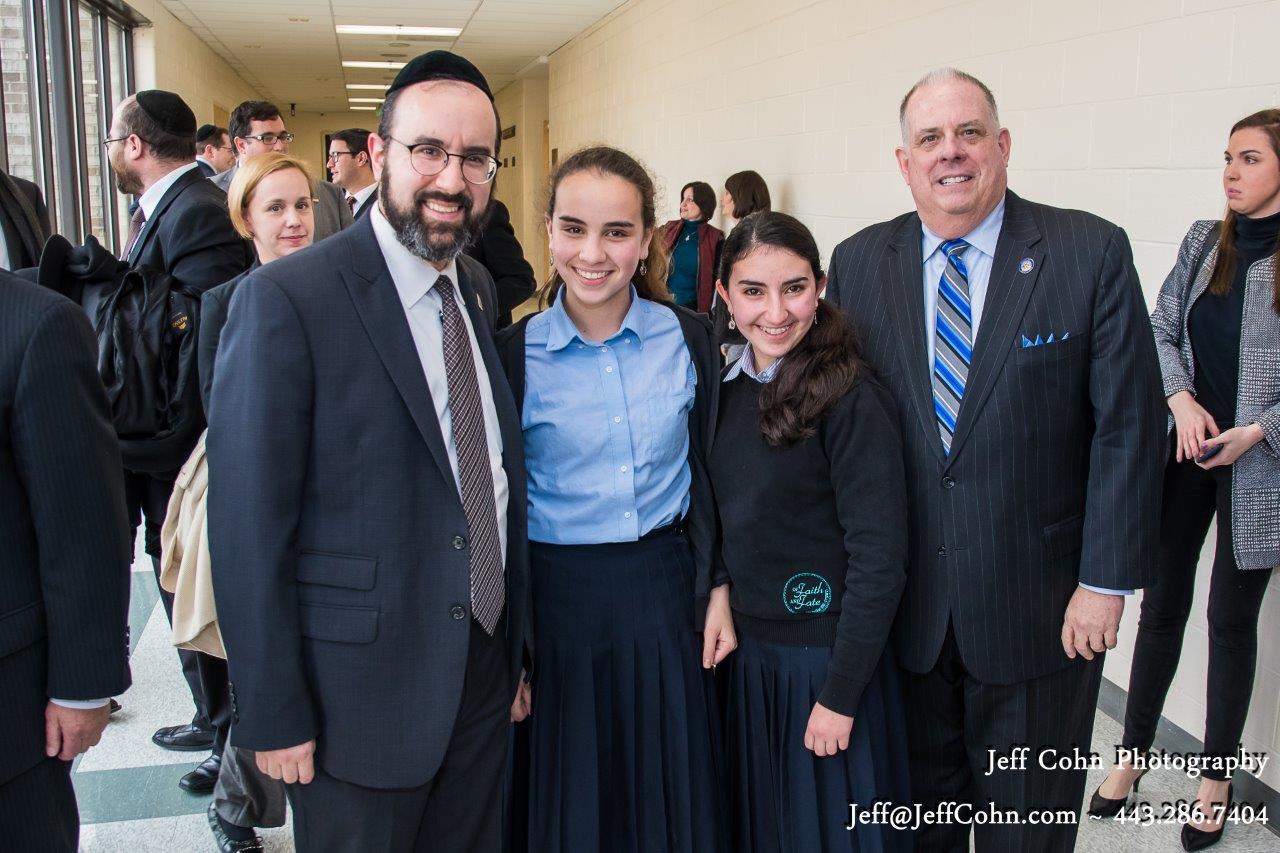 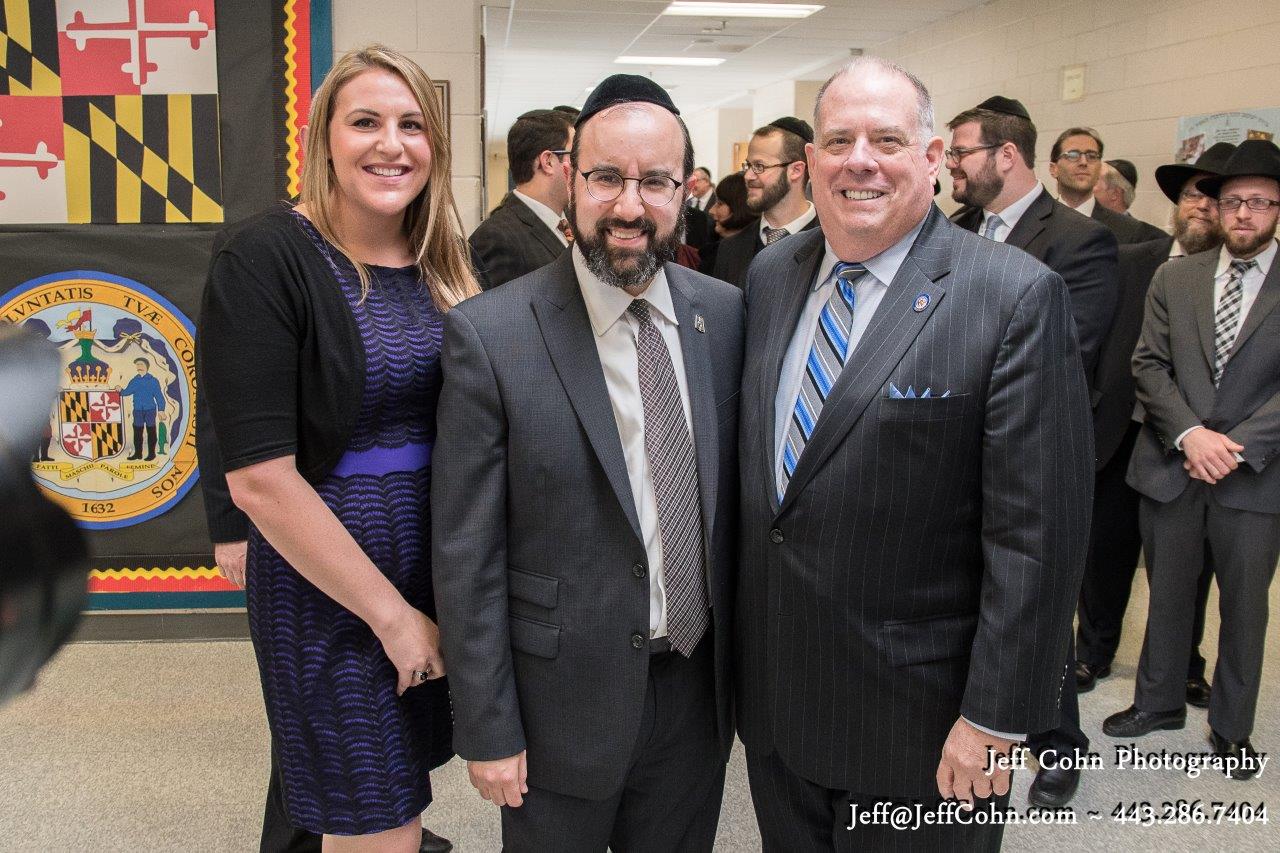 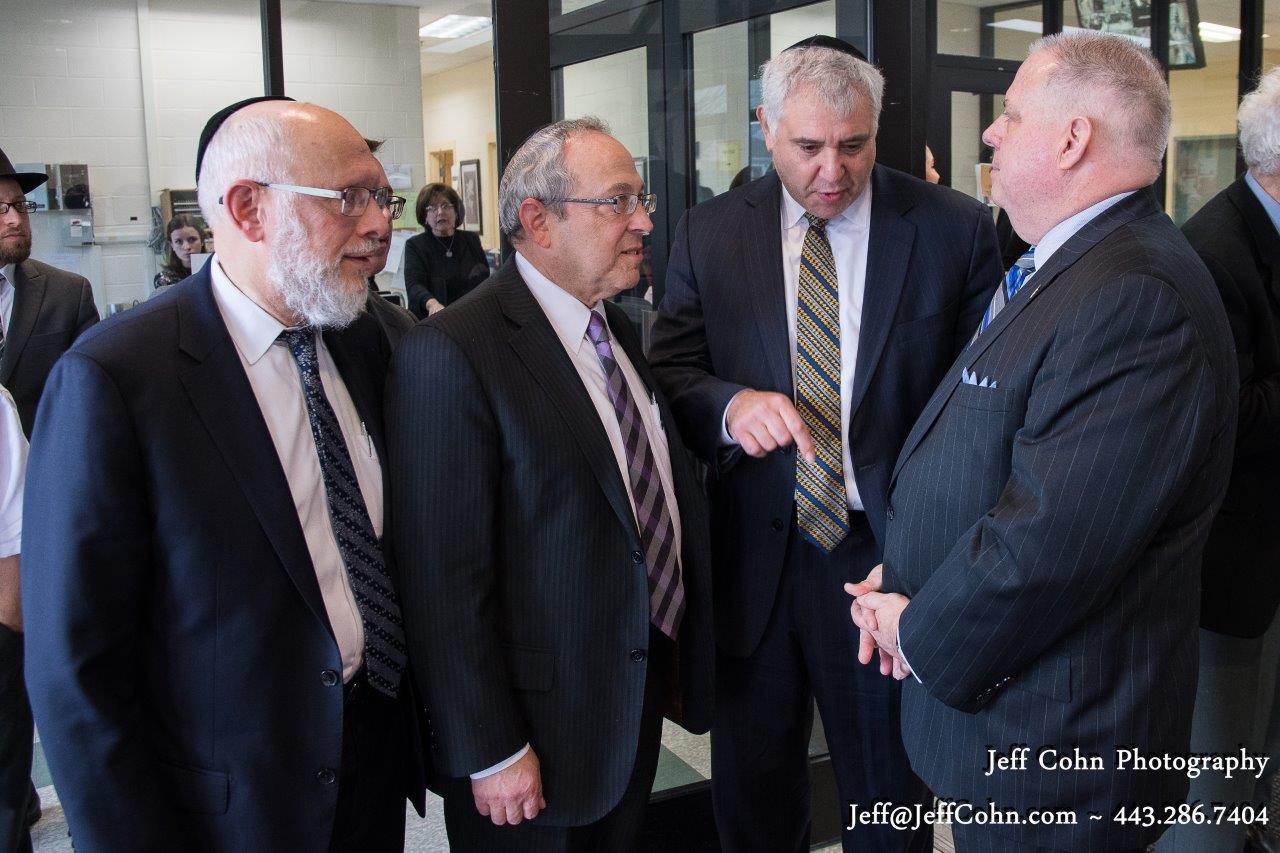 On Tuesday, December 13, Governor Larry Hogan came to Baltimore to join the Jewish day school community in celebrating the success of the BOOST scholarship program. The event was hosted at Bais Yaakov High School and drew a crowd of close to 700 people, comprised of students from several schools, as well as administrators and lay leaders from the nine Baltimore Jewish day schools who participated in the BOOST program.

The BOOST (Broadening Options and Opportunities for Students Today) Program was created during the 2016 legislative session in Annapolis and funded by a $5 million allocation in the Governor’s budget.

Close to 5,000 applications were submitted during a six-week application period that ended in early July, with nearly 3,000 clearing all of the qualifications. After policies for the program were developed by an advisory board in July and August, scholarship award letters were dispatched to families on a needs-first basis to four categories of students based on income level and whether they were transferring from a public school or staying within the nonpublic schools.

In the Jewish day schools across the state, scholarships were awarded to over 700 students totaling over $1 million.

On Tuesday, the Jewish day school community came out en masse to express their genuine appreciation to Governor Hogan for his role in making the dream of school choice in Maryland come true.

Arriving at Bais Yaakov’s Mount Washington campus in the early afternoon, the Governor was greeted by a sea of hundreds of students in their matching uniforms standing along the school’s driveway and in its parking lot, with many holding up signs and banners welcoming him. He was visibly moved by the warm and excited greeting, commenting later that he had never experienced a welcoming of that magnitude. He was brought to the eleventh grade American History class where he chatted with the students and their teacher, Mrs. Chana Kagan, about their studies and fielded several questions from the girls about Maryland state politics.

The Governor then proceeded to the auditorium where a large and excited crowd awaited him.

The program began with words of greetings from Rabbi Yechezkel Zweig, principal of Bais Yaakov High School, who welcomed the Governor and acknowledged the presence of a number of other state and local elected officials and shared a childhood memory of then-New York Governor Nelson Rockefeller’s visit to his Brooklyn Jewish day school. He then called up Rabbi Ariel Sadwin, director of Agudath Israel of Maryland and president of Maryland CAPE (Council for American Private Education), who served as the program’s emcee.

Rabbi Sadwin gave a brief history of the nine years of advocacy that he and his coalition partners (a group consisting of Agudath Israel of Maryland, the Maryland Catholic Conference, the Baltimore Jewish Council, the Association of Christian School International, the JCRC of Greater Washington, and the Orthodox Union) spent working to pass a program through the state legislature that would provide some relief to the tuition-weary day school community. He spoke about his first encounters with then-businessman Larry Hogan, who on the gubernatorial campaign trail in 2014 won the hearts of many in the community when he pledged to work on behalf of nonpublic school students and families. Rabbi Sadwin told of the challenging process of rolling out the new BOOST program within a short amount of time and the heroic efforts put forth by the staff of the Maryland State Department of Education going above and beyond to get it done.

Continuing the program, groups of students from Cheder Chabad, Bnos Yisroel, and Bais Yaakov were called up separately and they made heartfelt presentations to the Governor expressing their deep appreciation.

Rabbi Michoel Berkowitz, a rebbi/Judaic studies teacher at Talmudical Academy spoke on behalf of the BOOST scholarship parents and expressed their collective gratitude for the BOOST program. He explained how the concept of “hakaras hatov” recognizing and appreciating kindness – is one of our hallmarks as a people, something we express with the dawn of each day and at many other junctures throughout the day. He shared how this program has provided struggling families with hope and opportunities they otherwise would not have.

Rabbi Sadwin then called upon Mrs. Elizabeth Green Esq., vice president of Bnos Yisroel, executive board member of Baltimore Jewish Council, and BOOST advisory board member, to introduce the Governor. As one of the two appointees to the advisory board made by Governor Hogan, Mrs. Green expressed her appreciation for being given the opportunity to play a role in the BOOST program. She then introduced the Governor to a rousing ovation from the crowd.

The Governor opened up his remarks by sharing how overwhelmed he was by the reception and how the endless flow of appreciative words brought him on the verge of tears. He spoke about the closeness he feels to the Jewish community and how meaningful his recent trip to Israel to promote Maryland-Israel business interests was. He then shifted his focus to the BOOST program and the high priority he gives to providing help for students in all types of schools. He then surprised the crowd by publicly announcing for the first time that he will be increasing the budget allocation for the BOOST program from $ 5 million up to $10 million over the next three years. The response from the crowd was deafening as they all stood and cheered at the news of the increased funding. The Governor concluded his remarks by wishing all of the students continued success in their studies and extending warm pre-Chanukah wishes.

Other elected officials joining in the event were State Delegates Shelly Hettleman, Dan Morhaim, Sandy Rosenberg, and Dana Stein, who played a critical role in taking the BOOST proposal and seeing it through the legislative process; State Secretary of the Department of Aging Rona Kramer; and Baltimore City Councilman Yitzy Schleifer. 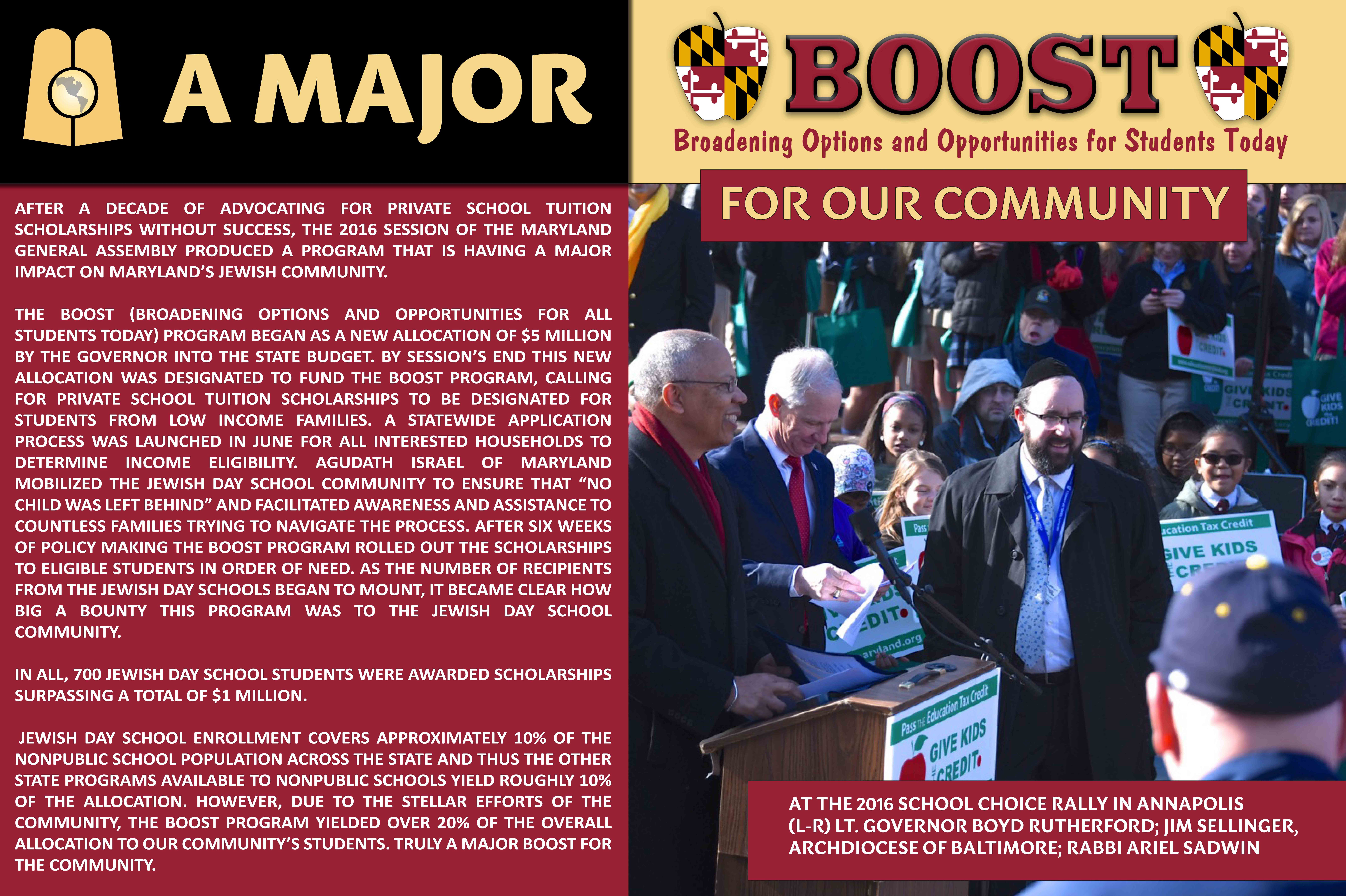 Find your school below and then click to download the letters file for your school’s legislative district.

Parents of Talmudical Academy: please download the letters for Dist 10.